Our vital mission is to advance the humane care and management of domestic equines worldwide through the application of proven practices and principles based on the research and findings of wild, free roaming equines living naturally in the U.S. Great Basin as well as to advocate for the preservation of these wild, free-roaming horses living on U.S. public lands.

​The AANHCP came about gradually. In the 1970s, current AANHCP Executive Director Jaime Jackson was a practicing farrier. That experience revealed to him the many problems facing horses because of shoeing, unnatural boarding conditions, harmful diets, and riding practices that caused lameness. Jackson began to think more and more about what is genuinely natural and good for the horse based on his specie's needs, rather than just what serves the special interests of their owners.

In early 1982, one of his clients in the San Francisco Bay Area adopted a wild horse in the new Bureau of Land Management (BLM) Adopt-A-Horse Program. Less than a week off the range, the hooves looked like nothing Jackson had ever seen or heard about before. There was only one thing for him to do -- head into wild horse country to find out more. From then until 1986, Jackson returned again and again to the U.S. Great Basin to learn from American's wild, free-roaming horses and to study their hooves at the BLM's processing corrals near Litchfield (CA), Burns (OR), and Palomino Valley (NV). These years of investigation, study, and applying what he learned, laid the foundations for the natural horse care (NHC) movement we know today. By the end of the 1980s, Jackson ended his career as a farrier and became the world's first "NHC practitioner" and advocate of nature's model for humane horse care -- the wild horse.

To share his vision for natural care, Jackson wrote his first book, The Natural Horse — Lessons From the Wild, published in 1992 by Northland Publishing. This led to numerous speaking engagements and invitations to write about his findings for many magazines, including the American Farriers Journal, which published over a dozen of technical articles dealing with trim mechanics. As a result, during the 1990s, a trend towards general acceptance of “natural is best” for the horse came about. In fact, a new generation of "barefoot" trimmers soon followed. Many came from the ranks of horse owners who could not get their farriers to give their horses “natural trims”. Today, it is generally recognized by NHC advocates that lameness issues, most caused or complicated by shoeing and unnatural boarding conditions, provided the main impetus for the skyrocketing interest in natural horse care.

Under Jackson’s leadership, the “American Association of Natural Hoof Care Practitioners” (AANHCP -- the forerunner of the current AANHCP) was formally organized in 2000. It was conceived with the primary objective of providing systematized hoof care training based on the wild horse model. In 2004, the AANHCP received its IRS designation as a 501c3 organization. However, by 2007, it was widely recognized that the AANHCP was more than just about the “hoof”, but about every facet of the horse's life. It was also clear that membership and support for the AANHCP was international rather than U.S. based. The decision was then made to change the name of the organization to “Association for the Advancement of Natural Horse Care Practices”, retaining the same acronym, “AANHCP”. The association was re-incorporated in the State of California in 2008 under the new name.

Prior to early 2009, training of NHC practitioners was carried out under the aegis of the AANHCP. The ISNHCP was formed in mid-2009 to take over this responsibility, thereby relieving the AANHCP to concentrate on education and advocacy.

Today (2014), 32 years after Jackson entered wild horse country, the natural care movement continues to expand to every corner of the horse using community, spreading its message that "natural is best" for all horses. 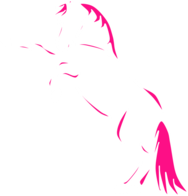